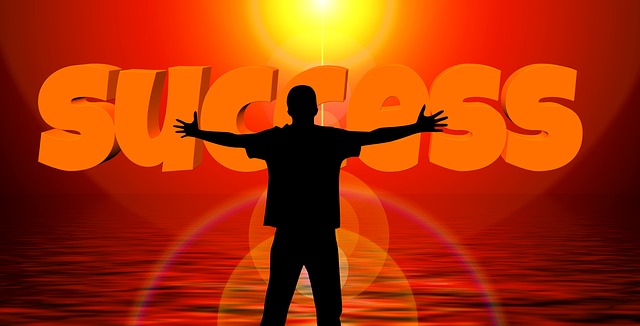 For over 25 years I’ve made an informal study of “successful” people. What separates these people from the run-of-the-mill Joe who goes through his workaday life putting in his time at his job so that he can provide for his family, pay his bills, save for retirement and go on a little vacation every year. Now, at first glance, does this sound like someone who’s “successful”? Depends.  To some folks, this is the perfect scenario for a good life. If you’re an excitement junkie or a high/over-achiever this may sound like the perfect prescription for depression.  My point here is that success is a very personal thing and should be left to each individual person to determine what makes him or her happy and fulfilled. And there in lies the key: happiness and fulfillment.

I’ll illustrate this topic with my personal story.  I chased money and success my whole life.  I was born with Tourette’s Syndrome and got a lot of negative attention growing up because of my sudden, jerky  involuntary movements (commonly known as tics) which most people didn’t understand. I didn’t understand it either as I didn’t get diagnosed with it until I was 16 and back in 1975 little was known about the disorder. I was of above-average intelligence so it was very frustrating for me to be labeled as different. TS, however, became one of my greatest assets.  Because of it, I had to try harder in most  anything I undertook.  My motivation AND attitude became, “I’ll show you!”

I was fortunate that I knew the direction I wanted to go at an early age. I was going to be a professional magician! It took 17 years from the time I was diagnosed with TS to achieve that, but I did it–and in a very small area with a very small population. I then moved into motivational speaking  shortly after this to teach people what I’d learned in dealing with TS and how to reach your goals no matter what challenges life throws at you.  I still use magic and comedy in my keynote speeches so I now have the best of both worlds–entertaining and inspiring people!  Did I become wealthy? No. But I made a very comfortable living, did some very prestigious speaking dates (NASA, with a VIP tour of the space center comes to mind) saw almost the entire US and a lot of Canada and the Caribbean. I was fulfilled and happy. In a word, I was successful.

Now remember, I’d also been chasing wealth as well ,thinking it would complete me. Fast forward to 2010. I moved to Florida, re-married and “retired”. It was almost 6 months after I met my future wife that I found out she was an heiress to a substantial fortune.  Within 3 1/2 years I was miserable. I had quit doing what I loved. I had lost my purpose. My health started to go downhill and I was very depressed and had an anxiety disorder to boot. What’s the common denominator in all this? I compromised who I was and finally got what I thought I wanted.  But it wasn’t what I thought it would be OR what I wanted. Not by a long stretch.

I’m now back doing what I love–being a keynote speaker, performing magic occasionally and doing business-building training and coaching.  My definition of success has changed dramatically.  Our culture here in the US assumes the only people who are “successful” are people who are either a. wealthy, b.famous, c. both. In my keynote speeches I teach that success is whatever YOU define it to be. It’s not what the media reports on or the current “flavor of the week”, be it a controversial celebrity, the newest pop star or a business tycoon. It’s what makes YOU happy and fulfills YOU. For some people, their workaday life might be just the ticket to Nirvana.