“Hold Fast to Your Goal!” 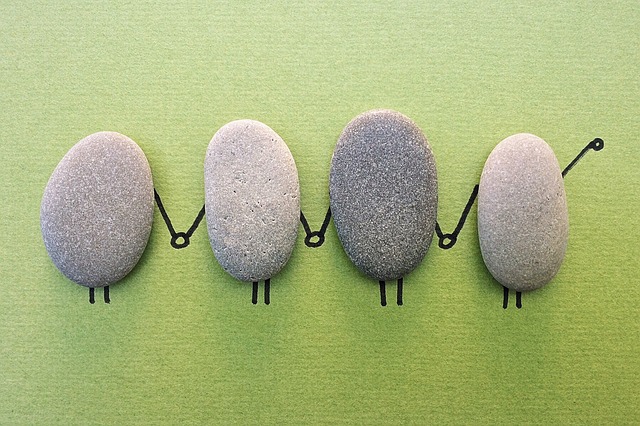 I remember the story of Col. Harlan Sanders, who at the age of 65 received his first social security check for the sum of $105.00 and told himself, “I’m not living like this”.  Sanders had failed at job after job throughout his life, either being fired or quitting dozens of jobs.

He recognized that the past didn’t equal the future so he took action on an old family chicken recipe and an idea: he would give away the recipe to a restaurant for free. All he wanted in return was a percentage of the profits made from his recipe.

He took this idea out to his local restaurants and was turned down by everyone. He was, however, committed to his “idea” and not living on just a social security check the rest of his life. He persisted, and eventually travelled across the country reportedly being turned down a total of 1007 times! However, on the 1008 request someone said, “yes” and Kentucky Fried Chicken was born.

I’ve made an informal study of people who are “successful” for almost three decades and in most cases I’ve found that the majority of people who attain massive success have also gone through major adversity in their climb to the top.

Col. Sander’s had no money and had “failed” at every job he ever had. What was different this time? Desperation? Passion for his vision? I’m betting a little of both.  From the people I’ve observed that attained what they wanted, they kept their eye on the prize, despite the difficulties and obstacles that happened along the way.  They persevered, so to speak, and didn’t let anything stop them.

Many people don’t know that, arguably the best professional basketball player to ever play the game was cut by his high school coach.  What if Michael Jordan had given up? Or, how about Mark Victor Hanson and Jack Canfield, who were reportedly turned down by 33 publishers before “Chicken Soup for the Soul” was published. To date their are over half a BILLION “Chicken Soup” books, for a variety of niches, in print.

I was born with Tourette Syndrome and had a severe case of it before it leveled off in my early 30’s.  But I had a passion for performing magic. It was my goal to be a professional magician.  I didn’t let the TS stop me. I kept at it practicing and performing before anyone who would watch me. My friends and family were about ready to strangle me if I asked them to, “pick a card” one more time! But I kept on.

It was my passion. It made me happy and it was, at the time, what I was driven to do.  It didn’t matter that I had TS or had “tics” onstage. In fact, I had very few tics when I performed because I was concentrating so hard on what I was doing. I was later to learn that this is common in people with TS.  A different part of the brain, not affected by the disorder, takes over when we’re engaged in intense concentration.

I eventually made a living for a time as a professional comedy magician, performing at comedy clubs as well as opening concerts for people like country music singer Trace Adkins, “oldies” acts like “The Platters”, “The Coasters” and “The Marvelettes”, as well as the comedian Gallagher.

I’ve seen so many people give up before they reached their goal, thinking it was somehow not possible, or thinking it was fruitless and no longer willing to go the distance to its completion.  But here’s the big thing I’ve found out about those that DID continue, in spite of the the odds: their breakthroughs came when they were just about ready to throw in the towel. When all seemed lost. When it looked like there was no way they could reach their goal because every possible obstacle had been thrown in their way.

My point is, if the goal or dream is big enough to begin with, and you have the a burning desire, as Napoleon Hill so aptly put it, then it’s worth it to see it through until you reach it. And the bigger the goal, the more obstacles will be in your path.

What goal do you have that you’re willing to “go the distance” for?